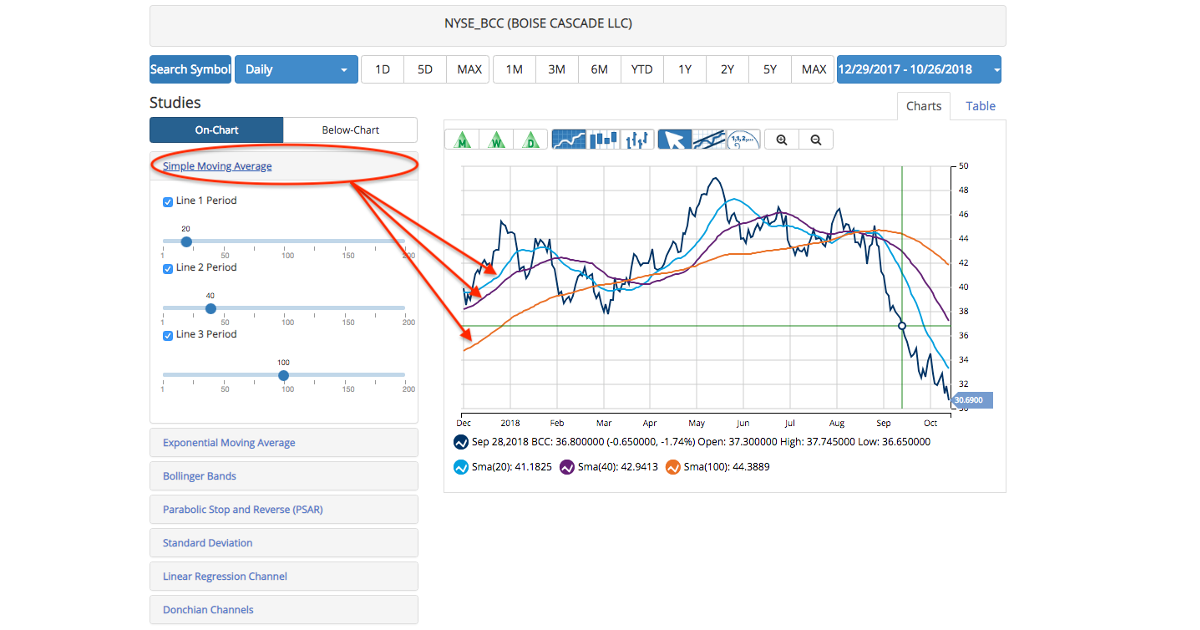 Moving averages are one of the most popular technical studies. They are relatively simple to understand but can provide deep insight. Used alongside another indicator, like the Trade Triangles, the moving averages can be a great complementing tool.

Moving averages are lagging indicators used to gauge the direction of the current trend. They smooth out the day-to-day price action and allow traders to track and identify trends and find potential support and resistance levels. They also form the base for additional technical indicators, such as Bollinger Bands and the MACD.

Moving averages can also act as and identify areas of support and resistance.

MarketClub members can find this study in the On-Chart list in your customizable charts. Join MarketClub to test our charts and practice reading the moving averages. 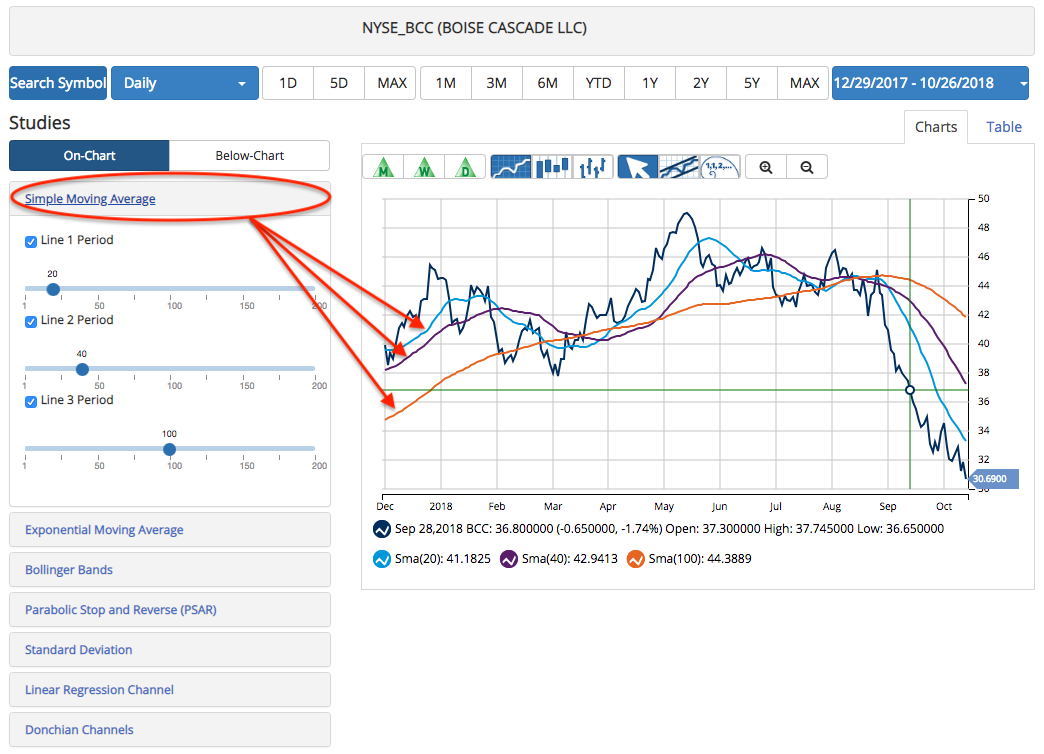