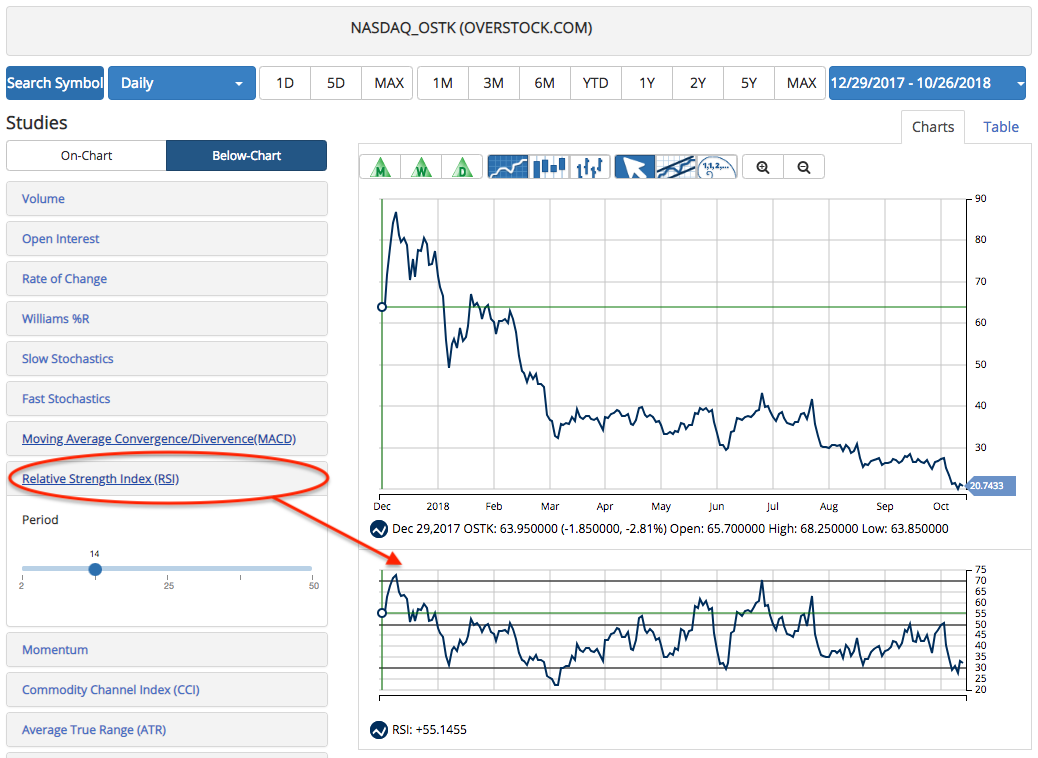 Relative Strength Index (RSI) is widely-used momentum oscillator measures the strength and speed of a market’s price movement by comparing the current price of the security against its past performance.

Developed by J. Welles Wilder in the 1970s, the RSI can be used to identify overbought and oversold areas, support and resistance levels, and potential entry and exit signals.

The RSI indicator is shown on a scale of 0 to 100, with levels marked at 70 and 30, and a mid-line at 50. Wilder recommended a calculation based on a 14 day period, but this can be adjusted to change the sensitivity of the indicator.

Support and Resistance Levels With the RSI

MarketClub members can find this study in the Below-Chart list in your customizable charts. Join MarketClub to test our charts and practice using the RSI.