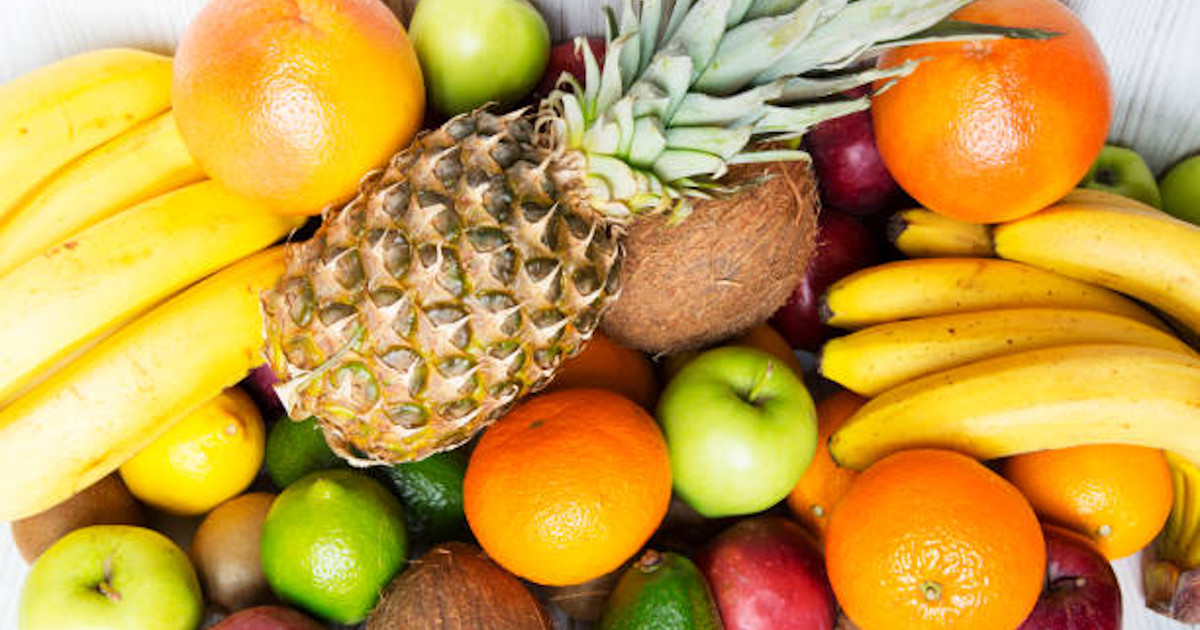 Occasionally, the market throws a proverbial fastball right over the plate – a stock so mispriced that it is practically being given away to investors.

While there’s no question that inflation in fuel and rising fertilizer costs have impacted the company’s cost profile, the company appears to have pricing power yet is valued like a company that is going out of business.

One of the Most Undervalued Names in the Market

Dole is a mid-cap company in the Food/Beverage sector with a #1 market position in fresh produce with nearly 39,000 employees and a 170-year history.

Despite supply chain headwinds, Dole is on track to generate $8.88BB in revenue this year, translating to a minimum of $335MM in annual EBITDA.

However, the softness in the company’s most recent quarter weighed on the stock, evidenced by a slight decline in revenue on a pro forma comparative basis, impacted by a decrease in sales in the fresh vegetable segment due to a value-added salad products recall.

Meanwhile, adjusted fully diluted earnings per share was $0.30, down from $0.46 in the prior year. Although disappointing for investors holding into the Q1 Earnings Report, this is a one-time impact.

All of its plants resumed operations at full capacity, and authorities have closed the investigation. This led to Dole reeling in its annual EBITDA guidance to $350MM to $370MM.

After a rough quarter and clear headwinds in place for the Food/Beverage sector due to inflationary pressures, it’s easy to dismiss Dole as a name worth avoiding, especially given its weak share price performance.

This makes Dole one of the most undervalued names in the market currently, especially when we consider that its peer Fresh Del Monte Produce (FDP), trades at 0.50x FY2022 revenue and 11x EV/EBITDA.

The daily chart of DOLE may not be that inspiring, given that the stock is locked in an intermediate downtrend and trading below its 50-day and 200-day moving averages. 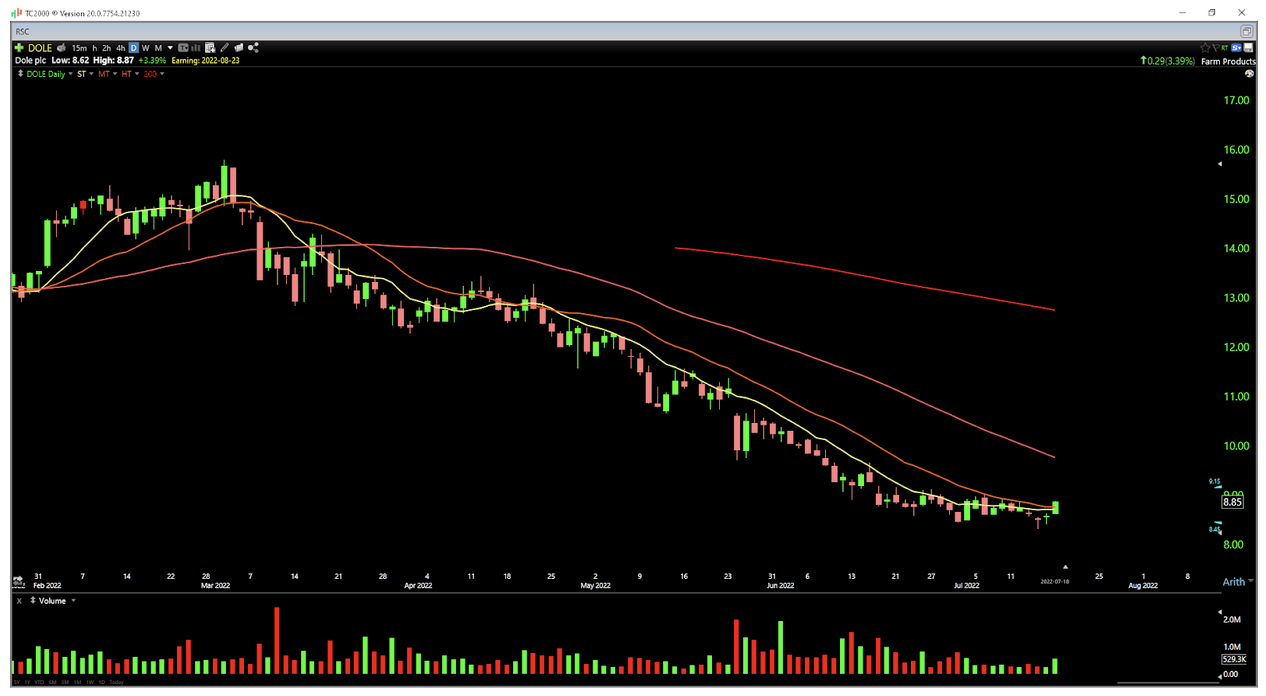 However, we have seen a clear change in character for the stock over the past two weeks, with Dole undercutting its June 30th low but finding immediate support at $8.30 and then reversing back above its June 30th low to close on its highs.

Since then, we’ve seen follow-through to the upside, and with minimal resistance overhead, Dole looks like it might want to challenge its 50-day moving average near $9.80 per share, which would signal that the downtrend might finally be coming to an end.

So, while bottom-fishing might not be a preferred strategy among investors, I see a high probability that this downtrend looks to be in the latter innings, setting up a relatively low-risk entry point for new investors.

Hated stocks often become far cheaper than they should, and in the case of Dole, this is what’s occurred. Obviously, there is a risk of this undervaluation persisting, making Dole “dead money.”

However, the stock looks to have made a key low at $8.30, and with news of potential takeover interest in its peer Fresh Del Monte Produce, I could see a new floor under Dole at its recent lows.

So, for investors willing to be patient for a turnaround and contrarian, I see Dole as a steal at $8.85 per share, especially with investors being paid to wait with a 3.6% annualized dividend yield.

The above analysis of Dole (DOLE) was provided by financial writer Taylor Dart. Taylor Dart is not a Registered Investment Advisor or Financial Planner. This writing is for informational purposes only. It does not constitute an offer to sell, a solicitation to buy, or a recommendation regarding any securities transaction. The information contained in this writing should not be construed as financial or investment advice on any subject matter. Taylor Dart expressly disclaims all liability in respect to actions taken based on any or all of the information on this writing.

Based on MarketClub’s technical analysis tools, Dole (DOLE) is moving in a sideways pattern and is unable to gain momentum in either direction. Beware of choppy movement and consider a sidelines position until a stronger trend is identified.

Get an alert when DOLE triggers a new signal and analysis for over 350K markets with a 30-day MarketClub trial.