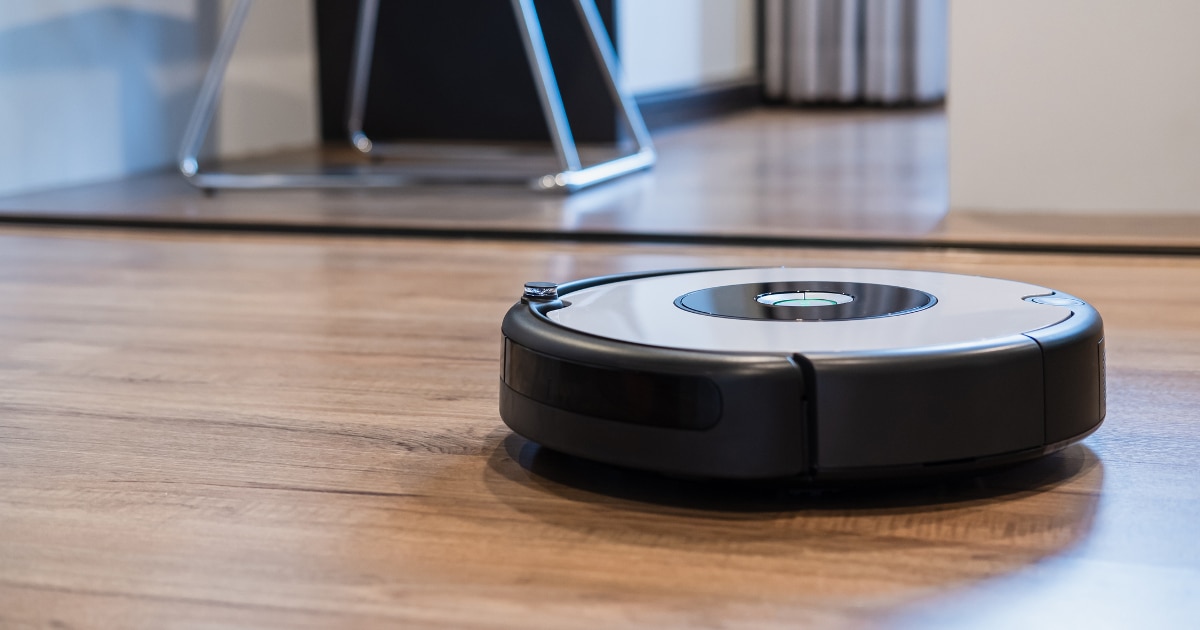 There’s no economic sector that has as big of an impact on the world as technology. From manufacturing to energy, advances in technology have changed the way businesses operate across the globe.

Right now, there is nothing more cutting-edge in the technology industry than IoT (Internet of Things) and robotics. Once solely the realm of science fiction, robotics has become an essential component of many industries.

One company has taken innovative robotics technologies and married them with its trademark design to create an advanced product that appeals to everyday consumers.

For investors, it means owning a piece of a name-brand company in a niche market that’s only growing in size.

iRobot Corporation (IRBT) is a $2.15 billion niche electronics company known for its eponymous robotics products. The company began with its Roomba robotic vacuum cleaners. After much success, the company branched out to develop a line of Braava robotic moppers. Currently, iRobot is developing a robotic lawnmower that will fall under the label Terra.

The company crushed third-quarter estimates. Reported earnings of $2.58 per share smashed the $1.00 per share that analysts expected. The earnings beat should be no surprise to attentive investors. The company has managed to grow earnings per share by 36% per year over the past three years. Revenues were similarly impressive at $413.2 million – up 8% year-over-year.

The primary catalyst for iRobot is its ability to develop new products. While the Roomba and Braava lines have performed well, its upcoming Terra robotic lawnmowers will broaden the company’s market. With 52% of the market share for household robotics despite growing competition, iRobot appears well-positioned to thrive for the long term.

In October, the stock was upgraded by Raymond James from a “market perform” recommendation to “outperform” and given a price target of $98 per share.

The stock trades at just 19 times earnings, compared to the households equipment and products industry average of 33 times earnings.

The stock also carries an impressive long-term EPS growth rate estimate of nearly 25%. The EPS growth rate gives the stock a PEG ratio of less than 1. For this reason, it looks like IRBT is trading at undervalued prices.

iRobot’s chart shows that the stock has traded in a bit of a lull over the past few months.

Following a drop in early November on higher-than-average trading volumes, the 20-day SMA crossed below the 50-day SMA. But despite the negative connotations, the stock has since rebounded slightly and is now trading sideways.

However, momentum could be shifting back towards more bullishness, as evidenced by the latest candlestick patterns.

Based on iRobot’s full-year EPS estimates, this stock should be fairly valued at around $90 per share. This level would represent a gain of 21% from its current trading price.

Both value and growth investors won’t want to pass up this long-term play that could sweep in outsized gains for years to come.

The above analysis of IRBT was provided by Daniel Cross, professional trader and financial writer.

The trend looks to be mixed for IRBT.

With a -60 Chart Analysis Score, IRBT does not have the momentum to make a strong move in either direction.

MarketClub members should be cautious of the choppiness and may want to consider a sidelines position until the trend score strengthens.

Could IRBT gain the momentum needed for a solid swing play? Absolutely!

Members can add IRBT to their alert list and receive a notification when the Trade Triangles spot a defined trend shift.

Not a MarketClub member? Start your trial and get a full technical analysis report for iRobot Corp (IRBT).