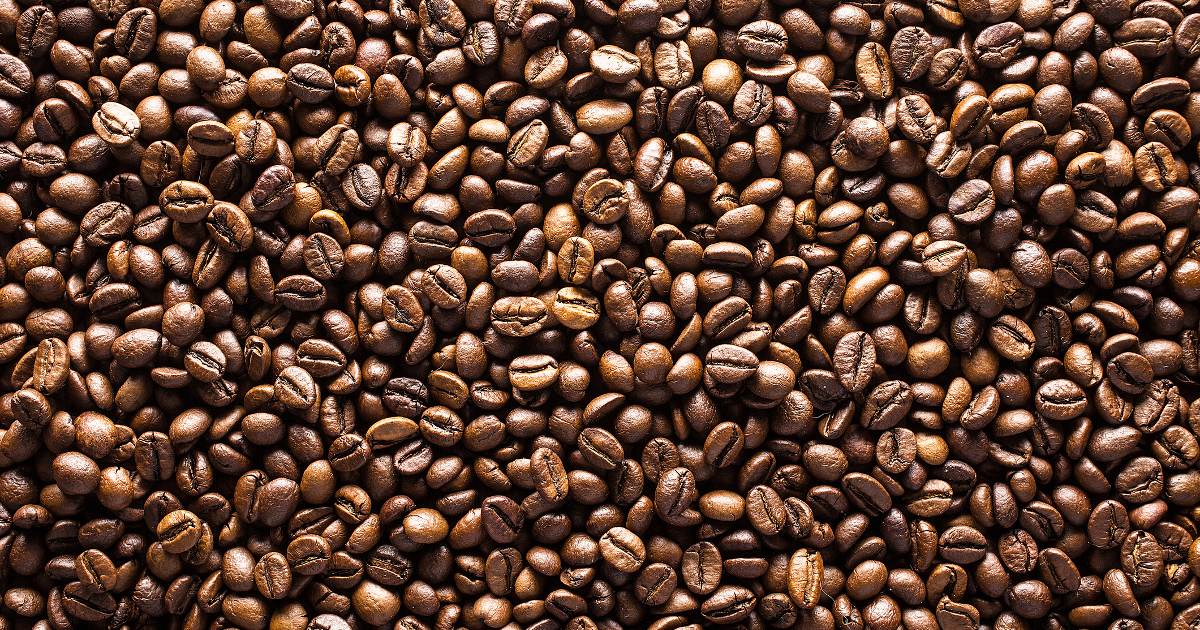 Trends are a big part of what Wall Street is all about. And, just like fashion trends, they tend to repeat. Stocks that were once all the rage fade over time as new opportunities arise. But just as the market rises and falls in a cyclical pattern, so do good companies’ popularity.

The COVID vaccine availability and the return to business-as-usual means that solid companies are now excellent bargain buys.

For investors, one familiar name looks like it could be primed for outsized returns.

A Best-in-Breed Company and Consumer Favorite

Starbucks Corporation (SBUX) is a $128 billion niche restaurant chain company primarily known for its premium coffee selection. It’s the largest coffeehouse chain in the world, with over 30,000 locations in more than 70 counties.

The company reported a first-quarter earnings beat of $0.61 per share compared to the analysts’ estimate of $0.55 per share. Same-store sales in the U.S. fell 5% but came in higher than expected. Same-store sales in China turned positive for the first time since the COVID outbreak began. Total revenues came in slightly lower than expected at $6.75 billion compared to $6.93 billion.

Like most businesses, Starbucks was hit hard by the coronavirus pandemic, with poor sales numbers as consumers practiced social distancing. But the company is mounting a strong comeback with fast-growing digital and curbside pick-up sales. In China, mobile sales accounted for 30% of the company’s revenues in the country. As consumers return to daily commuting, Starbucks should see a surge in sales numbers.

There was a slew of analyst coverage in March, with Telsey Advisory Group reiterating its “market perform” recommendation but raised its price target from $108 per share to $120 per share. Wedbush and BTIG Research upgraded their recommendations from “neutral” to “buy” and issued price targets of $124 per share and $130 per share, respectively.

The stock is a classic growth play, trading at 100 times earnings. It also comes with an equally high EPS growth rate estimate of more than 200%. That gives the stock an incredibly low PEG ratio of just 0.5 – a strong sign that it is undervalued.

Unlike most growth stocks, Starbucks comes with a not-insignificant dividend yield of 1.67%, giving investors some protection against downside movements and boosting annual returns.

The chart for Starbucks is fairly straightforward with a general upward trend. The 20-day SMA crossed over the 50-day SMA in late February and appears to be separating more as bullish momentum picks up. 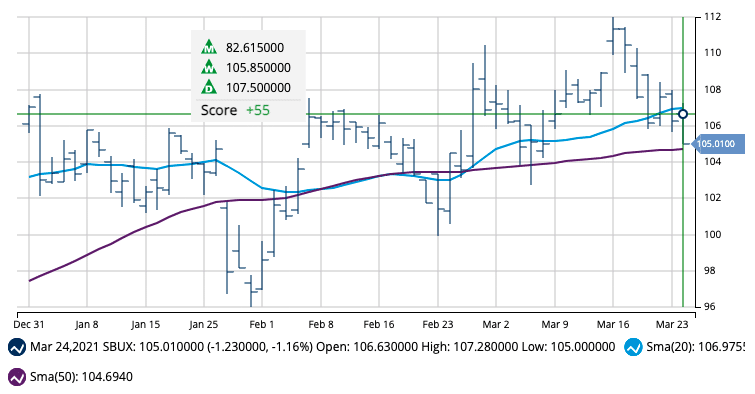 Despite the trailing 12-month gain of 85%, the RSI on the stock is relatively muted at 50, which tells investors that the stock is nowhere near being overbought or oversold.

Based on Starbucks’ full-year EPS estimates, this stock should be fairly valued at around $125 per share. A move to this price would represent a gain of more than 16%.

Investors looking to add a strong, long-term growth stock to their portfolio won’t want to pass up this opportunity.

The above analysis of SBUX was provided by financial writer Daniel Cross.

While the analysts seem confident about SBUX’s ability to perform, MarketClub’s analysis is a bit mixed.

With only a +55 Chart Analysis Score, the stock is moving in a sideways pattern and has not gained momentum in either a positive or negative direction.

SBUX may move in a choppy motion in the short and intermediate term.

MarketClub members may want to consider a sidelines position until the formation of a new trend, indicated by the Chart Analysis Score.

So when is it the right time to enter a position for SBUX? Add Starbucks to your watchlist and set an alert for the Chart Analysis Score.

As a MarketClub member, you’ll know when SBUX begins to build momentum and becomes a solid play.

Not a member? Start your trial today!