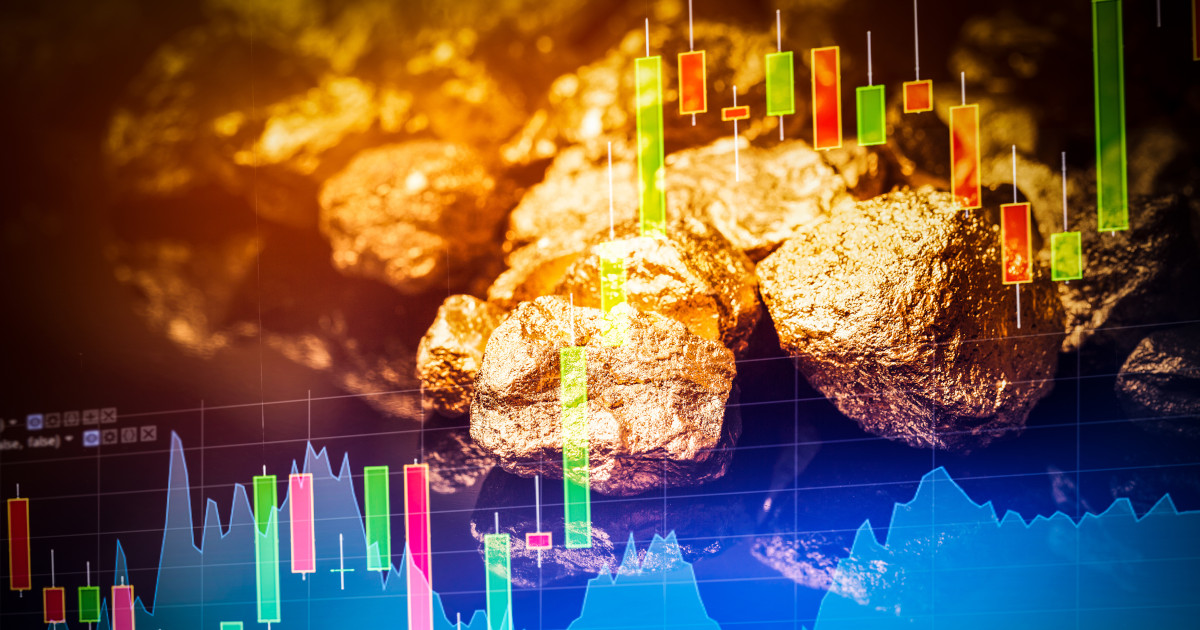 This makes the Gold Juniors Index a much more fertile hunting ground for new ideas for those willing to be contrarian.

The issue is that it can be difficult to separate the wheat from the chaff in the sector, especially with mining being rather complex and there being so many names to choose from in the space.

Fortunately, paying close attention to the news in the sector can help with uncovering the best names, as well as keeping one’s finger on the pulse of the industry.

Occasionally, there will be an unusual set of drill results or a discovery that is so significant it deserves immediate attention, and this is what we saw this week from a Nevada gold producer exploring in the Eureka District of Nevada.

Not only did the company hit one of the best holes drilled to date sector-wide, but this has also confirmed its recent polymetallic intercepts in the district, adding another massive layer to an already phenomenal story.

So, with I-80 Gold (IAUX) having a portfolio of assets typically held by a major ($5.0BB market cap companies) but being valued like a junior, for the time being, I see this recent news as a game-changer and rate the stock as my top idea sector-wide.

This is expected to be accomplished by bringing three mines online in the next three years, with one of these mines already in production, Granite Creek.

Based on this footprint alone, the company’s valuation is far too low, given that gold producers in Tier-1 ranked jurisdictions often trade for at least $500MM in market cap per 100,000 ounces of production.

However, the story got a massive upgrade yesterday, with the stock halted after reporting bonanza-grade drill results at a new Hilltop target at its Ruby Hill Project.

This is one of the highest-grade holes drilled in North America this year and one of the best holes drilled by a company in Nevada outside of Nevada Gold Mines LLC, a joint venture with two companies with a combined market cap of ~$65BB.

The most exciting part about this news is that the Hilltop Zone is located just south of the previously mined Archimedes open pit and can be accessed relatively easily.

In addition, the company has a new CIL mill on-site that can be retrofitted to process this material.

For investors unfamiliar with what this means, the big picture for I-80 Gold just became a lot more interesting.

This is because this carbonate replacement deposit [CRD] mineralization could support a 200,000-ounce production profile or better, which would be on top of the company’s stated plans to grow into a 250,000-ounce per annum gold producer.

I-80 Gold may seem expensive on a price-to-sales basis, given that it’s on track to generate barely $35MM in revenue this year and trades at nearly 18x sales. This is obviously well above the sector average.

However, I have never seen any value in rear-view mirror analysis.

Additionally, I believe the best way to value gold stocks is on a price-to-net asset value basis, or at least take into future production potential when valuing them on a price-to-sales or price-to-cashflow basis.

Meanwhile, from a price-to-net asset value standpoint, the stock trades at less than 0.45x P/NAV vs. a sector average of 0.80x P/NAV or higher for Tier-1 gold producers.

So, while the stock may look expensive at first glance for those unfamiliar with the story, I think it would be a big mistake to overlook the stock due to using the wrong metrics to value it and completely ignoring the fact that production will grow by 800% over the next three years from permitted operations with infrastructure in place.

Meanwhile, the stock is breaking out into new 100-day highs on a daily closing basis, a very bullish development given that those stocks that make new highs first in a new bull market are often the leaders.

Based on the performance of other miners following major discoveries and based on the current technical picture, which shows no real resistance until US$3.00, I would not be surprised to see IAUX gain 40% over the next six months.

This is supported by it being one of the strongest fundamental stories sector-wide and having multiple catalysts on the horizon, including the release of resource estimates at its other properties in the next four months and ~250% production growth next year.

Based on what I believe to be a fair multiple of 1.0x P/NAV for I-80 Gold, given its Tier-1 jurisdiction profile, massive resource base, and recent world-class discovery, and using an estimated net asset value of $1.62BB, I see a fair value for the stock of $1,620MM.

If we divide this figure by an estimated 300MM fully-diluted shares (year-end 2023), I see a fair value for the stock of US$5.40 per share. This translates to a 145% upside from current levels; hence I see I-80 Gold as a Strong Buy despite its recent rally.

Disclosure: I am long IAUX

The above analysis of I-80 Gold (IAUX) was provided by financial writer Taylor Dart. Taylor Dart is not a Registered Investment Advisor or Financial Planner. This writing is for informational purposes only. It does not constitute an offer to sell, a solicitation to buy, or a recommendation regarding any securities transaction. The information contained in this writing should not be construed as financial or investment advice on any subject matter. Taylor Dart expressly disclaims all liability in respect to actions taken based on any or all of the information on this writing. Given the volatility in the precious metals sector, position sizing is critical, so when buying small-cap precious metals stocks, position sizes should be limited to 5% or less of one’s portfolio.

Based on MarketClub’s technical analysis tools, I-80 Gold (IAUX) is in a strong uptrend that is likely to continue. With short-term, intermediate, and long-term bullish momentum, IAUX continues to climb. Traders should protect gains and look for a change in score to suggest a slow down in momentum.

Get an alert when IAUX triggers a new signal and analysis for over 350K markets with a 30-day MarketClub trial.