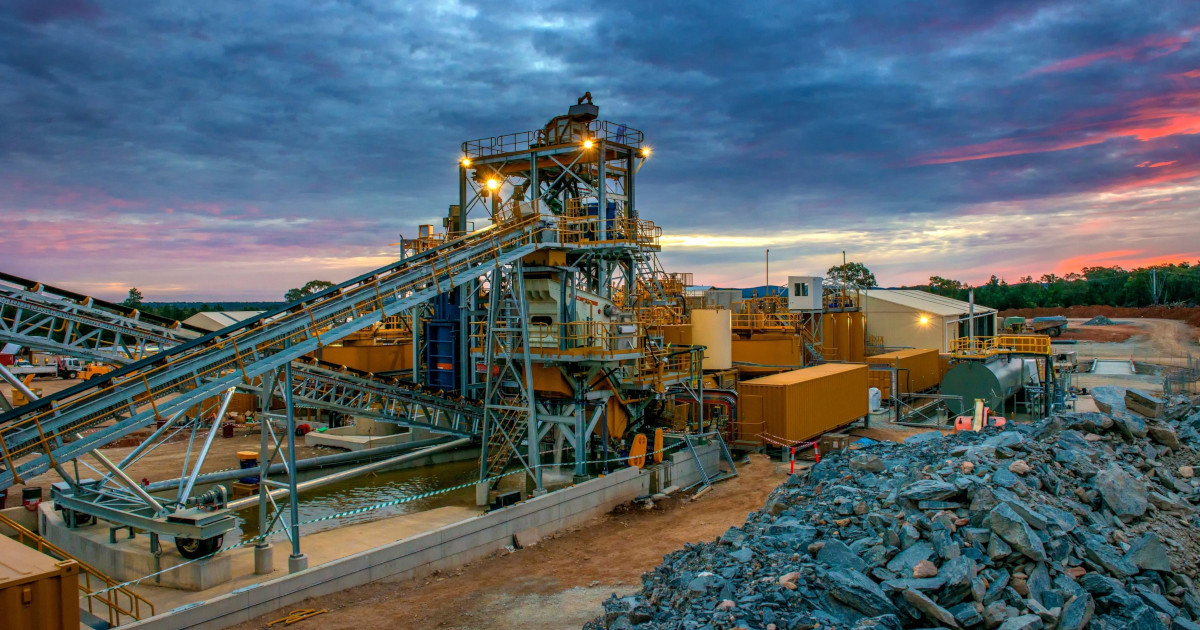 While most investors are focused on buying the dips in household names like (META) and Apple (AAPL), we are seeing a sea change under the market’s surface that could make this strategy less bountiful.

This is based on the fact that after a nearly 11-year bear market in the Gold/Nasdaq ratio, the ratio looks to have put in a major bottom in Q1 2022.

The last time this occurred was in the year 2000, and the Amex Gold Bugs Index (HUI) went on to gain 630% over the next three years, while the Nasdaq Composite lost 50% of its value.

While history doesn’t have to repeat itself, it often rhymes, and this clear trend change in this ratio suggests that the Gold Miners Index (GDX) could be in for at least a year of outperformance after being hammered in a 2-year bear market that began in August 2020.

Given that this bear market has left gold producers at their cheapest valuations since 2018, value investors should embrace this opportunity.

However, the key is to own quality in the sector since the winners continue to win and beat their annual guidance. The losers tend to miss operational metrics, dilute shareholders, and often just tread water even with the wind at their back in a bull market.

One name that stands out as having an exceptional track record is B2Gold (BTG), and with the stock trading at less than 10.0x earnings with ~40% operating margins, it’s rarely ever been cheaper.

A High-Margin Gold Miner On The Sale Rack

B2Gold is a $3.5 billion gold producer with three operating mines, with the company’s mines located in Namibia (Otjikoto), the Philippines (Masbate), and Mali (Fekola).

Under CEO Clive Johnson, the company has consistently beat guidance and over-delivered on its promises.

However, 2022 has been a difficult year, and the past two years have also been tough, with the company up against tough comps following a record year for Fekola with elevated gold grades.

While B2Gold expected this to be a difficult year due to lower grades in H1-2022 and purposely guided for back-end weighted production, the company is now sitting at year-to-date production of just ~660,000 ounces as of Q3.

Due to being behind plans, the stock has suffered, down 15% year-to-date.

Given this lower production combined with higher costs, revenue was down 23% year-over-year in Q3 to $392.6MM, and quarterly earnings per share dipped to $0.03 vs. $0.12 in the year-ago period.

These might appear to be disastrous results, but one should pay little attention to a single quarter of earnings for a mining company, given that changes in mine sequencing or maintenance can dramatically impact short-term results.

While many investors and analysts have counted BTG out for the year in terms of coming near annual guidance, the company has much higher grades planned at its flagship Fekola Mine in Q4, with it now able to access high-grade Phase 6 Fekola ore. Meanwhile, Otjikoto’s grades are also expected to improve dramatically.

So, with what could be a massive increase in production at these two assets, I am cautiously optimistic that B2Gold can come within 2% of guidance despite being well behind the eight ball heading into the quarter.

If it accomplishes this and if we assume a gold price of $1,770/oz, annual revenue will come in just shy of record levels above $480MM.

This would kick-start a very strong move in the stock, with production results set to be reported in the first week of January.

So, I see this pullback in the stock as a rare opportunity to position ahead of blockbuster Q4 results.

From a valuation standpoint, B2Gold trades at a multiple that’s well below its peer group, sitting at just ~9.5x forward earnings currently at a share price of $3.31.

This discounted multiple can be partially attributed to the company’s high concentration of production to a single asset in a Tier-3 jurisdiction (its Fekola Mine in Mali) and the fact that most million-ounce producers are much more diversified.

That said, even with ~50% of production from one asset, B2Gold has historically traded at more than 28x earnings, leaving it trading at one of its cheapest valuations in the past few years.

Given that the company is tracking well behind FY2022 guidance, it’s not surprising that the stock has been under pressure. I don’t see this valuation disconnect continuing much longer with a very robust Q4 on deck, with the potential for record quarterly production for the company (320,000+ ounces).

At first glance, BTG’s technical picture might leave much to be desired, with the stock trading in a steep weekly downtrend with lower highs and lower lows for the past two years.

However, we are seeing a change in character short-term. Over the past two months, BTG has been making slightly higher lows and has now reclaimed its 50-day moving average, and this moving average will begin to trend higher next week.

When the stock has begun a new uptrend from these oversold levels, uptrends have typically lasted at least five months with an average gain of more than 40% from the lows.

Given that we are two months into this rally and BTG is just 16% off its lows, the odds are high that this rally will continue to at least $4.00 per share.

This translates to a 48% upside from current levels, but if the gold price cooperates and heads back above $1,850/oz, these earnings estimates will prove too conservative, and a beat is quite achievable.

So, with a very strong quarter ahead as the company benefits from much higher grades at two of its mines and an exciting year ahead as we get a better idea of what a Malian Mining Complex could look like in an updated study, I see B2Gold as a steal after this recent pullback.

The bonus is that investors are getting paid a 5.0% dividend yield to wait for higher prices, and this is based on a low payout ratio of ~46%, making the dividend secure.

The above analysis of B2Gold (BTG) was provided by financial writer Taylor Dart. Taylor Dart is not a Registered Investment Advisor or Financial Planner. This writing is for informational purposes only. It does not constitute an offer to sell, a solicitation to buy, or a recommendation regarding any securities transaction. The information contained in this writing should not be construed as financial or investment advice on any subject matter. Taylor Dart expressly disclaims all liability in respect to actions taken based on any or all of the information on this writing. Given the volatility in the precious metals sector, position sizing is critical, so when buying small-cap precious metals stocks, position sizes should be limited to 5% or less of one’s portfolio.

Based on MarketClub’s technical analysis tools, B2Gold (BTG) is moving in a sideways pattern and is unable to gain momentum in either direction. Beware of choppy movement and consider a sidelines position until a stronger trend is identified.

Get an alert when BTG triggers a new signal and analysis for over 350K markets with a 30-day MarketClub trial.