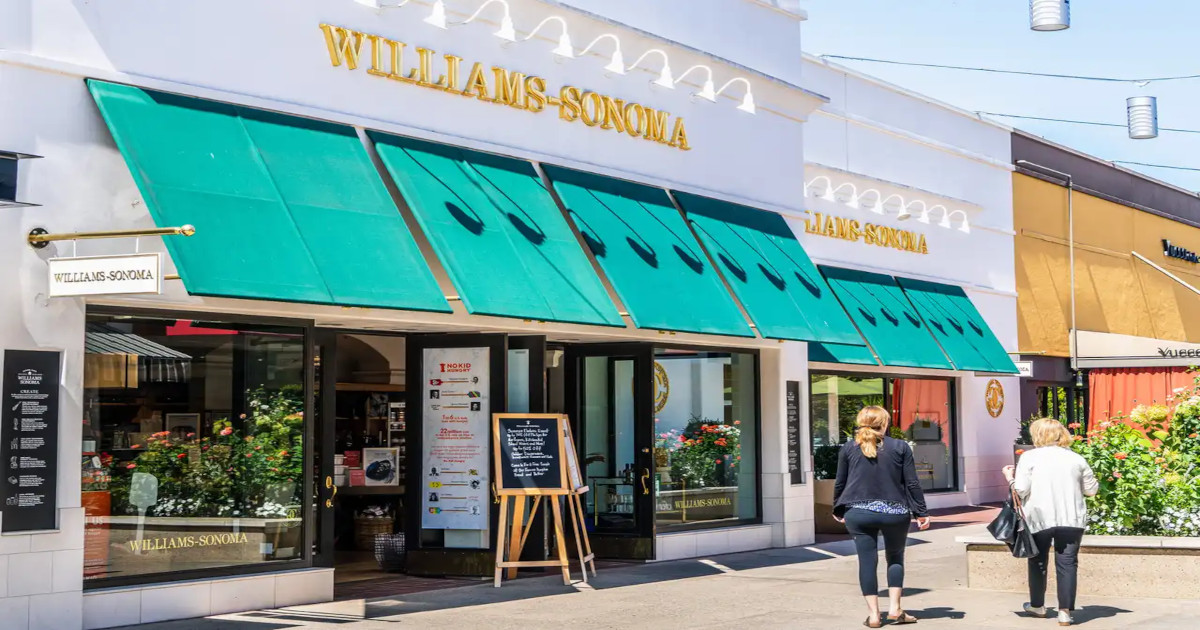 One strategy for generating consistent alpha in a bear market is to buy the strongest stocks with the best growth metrics, given that this often suggests that they are under accumulation and likely to accelerate higher as soon as the weight is lifted off the market.

However, another strategy that has stood the test of time is buying great businesses at a deep discount to fair value when they’re out of favor.

This strategy has generated phenomenal returns for investors like Warren Buffett, Joel Greenblatt, and Bill Miller, among many others.

However, this strategy can be difficult to employ in real-time, given that the fundamentals are often their worst when it’s time to buy, and the technicals are just as ugly.

That said, for those investors comfortable putting this strategy to work, the returns can be outsized, and there are several opportunities in the current market environment.

In fact, despite being on track to report record annual EPS this year, the stock trades at its lowest earnings multiple since Q4 2008 and Q1 2020.

A Shareholder-Friendly Business at a Reasonable Price

Williams-Sonoma is a $7.7 billion company in the retail space. It is the world’s largest digital-first, design-led and sustainable home retailer that aims to ‘own the home’ – essentially being the go-to name for any home, outdoor, cooking, and kitchen needs.

The company’s brands include Pottery Barn, Williams-Sonoma, Pottery Barn Kids, and West Elm, with ~65% of its revenue coming from E-commerce, a massive increase over the past five years.

When it comes to the long-term opportunity, Williams-Sonoma estimates its addressable market at over $800BB, and it estimates that it has just 1% of market share today based on FY2021 revenue of $8.2BB.

From an operating standpoint, the company has done an incredible job taking care of its shareholders, boasting a market-leading return on invested capital of ~58%, having returned $2.5BB to shareholders in the past five years alone, and enjoying a ~20%+ compound annual EPS growth rate over the past decade.

Finally, it’s worth noting that the company is consistently gaining market share, with 22% US Home Furnishings growth, triple that of the industry at 7%.

Unfortunately, the average North American consumer is in a tight spot due to getting hit from every angle from a cost standpoint. This has led to a dampened outlook for retail names, especially those with a discretionary tilt.

Williams-Sonoma is one name that falls into this category, but it’s important to note that while a large chunk of its sales are discretionary, a large portion of its sales is also functional, giving it some insulation from a major pullback in consumer spending.

So, the company actually stacks up better than some of its peers in the retail space.

Last month, the company released its Q3 results, reporting a record Q3 revenue of $2.19 billion and a quarterly EPS of $3.72.

The company also reiterated that while the macro backdrop is challenging, its strong positioning and growth initiatives should allow it to outperform in any environment.

Although this was encouraging, this didn’t alleviate the market’s concerns, and the stock continues to tread water near 52-week lows, with analysts potentially a little taken aback by management’s choice not to reiterate or update guidance through FY2024 due to macro uncertainty.

That said, while the future outlook is hard to predict, this looks to be a case of WSM being punished unjustifiably, especially with it still printing record results.

William-Sonoma has enjoyed one of the best earnings growth rates among its peers over the past decade, with a compound annual EPS growth rate of ~20.3% (FY2011 to FY2022).

Despite this, the stock trades at a very reasonable valuation, sitting at just ~7.1x FY2022 earnings estimates.

Even if we assume a lower growth rate of just 8% going forward, which is well below its long-term average, this translates to a PEG ratio of 0.88, making WSM quite attractive.

In fact, if we look at the current earnings multiple, we have to go back to the March 2020 lows to find a similar valuation, and before that Q4 of 2008, when the stock bottomed right near 7.0x earnings.

While most technical analysts wouldn’t be elated with the current technical picture for WSM, given that it’s below its 50-day and 200-day moving averages, the stock looks to be trying to form a double bottom in a large 14-month base as it heads back towards its previous lows in May/June.

Meanwhile, it is also becoming oversold medium term, sitting more than 40% off its highs and near the 61.8% retracement of its move off its March 2020 lows.

For high-quality businesses with steadily growing earnings per share, this is typically an area where they find strong support.

In addition to pulling back toward a key technical support area from $101.00 – $114.00, WSM has continued to close well off its lows for six consecutive weeks, suggesting that the stock is in demand and buyers are happy to accumulate the stock near the $110.00 level.

So, while there’s no guarantee that the low is in for the stock, I would view further weakness below $114.00 as an area to start an initial tranche in the stock.

This points to a 42% upside from current levels and closer to 45% when including its dividend yield of 2.70%.

Meanwhile, from a capital returns standpoint, Williams-Sonoma has returned over 10% to shareholders this year based on its current market cap of ~$7.7BB and $880MM returned as of Q3 (including $770MM in share repurchases).

So, for investors looking for a shareholder-friendly business with a solid long-term outlook that’s a leader in its respective industry, I believe WSM is a name one should keep near the top of their watchlist.

The above analysis of Williams-Sonoma, Inc. (WSM) was provided by financial writer Taylor Dart. Taylor Dart is not a Registered Investment Advisor or Financial Planner. This writing is for informational purposes only. It does not constitute an offer to sell, a solicitation to buy, or a recommendation regarding any securities transaction. The information contained in this writing should not be construed as financial or investment advice on any subject matter. Taylor Dart expressly disclaims all liability in respect to actions taken based on any or all of the information on this writing.

Is Williams-Sonoma, Inc. (WSM) A Buy or Sell?

Based on MarketClub’s technical analysis tools, Williams-Sonoma, Inc. (WSM) is in a strong downtrend that is likely to continue. While WSM is showing intraday strength, it remains in the confines of a bearish trend. Traders should use caution and set stops.

Get an alert when WSM triggers a new signal and analysis for over 350K markets with a 30-day MarketClub trial.