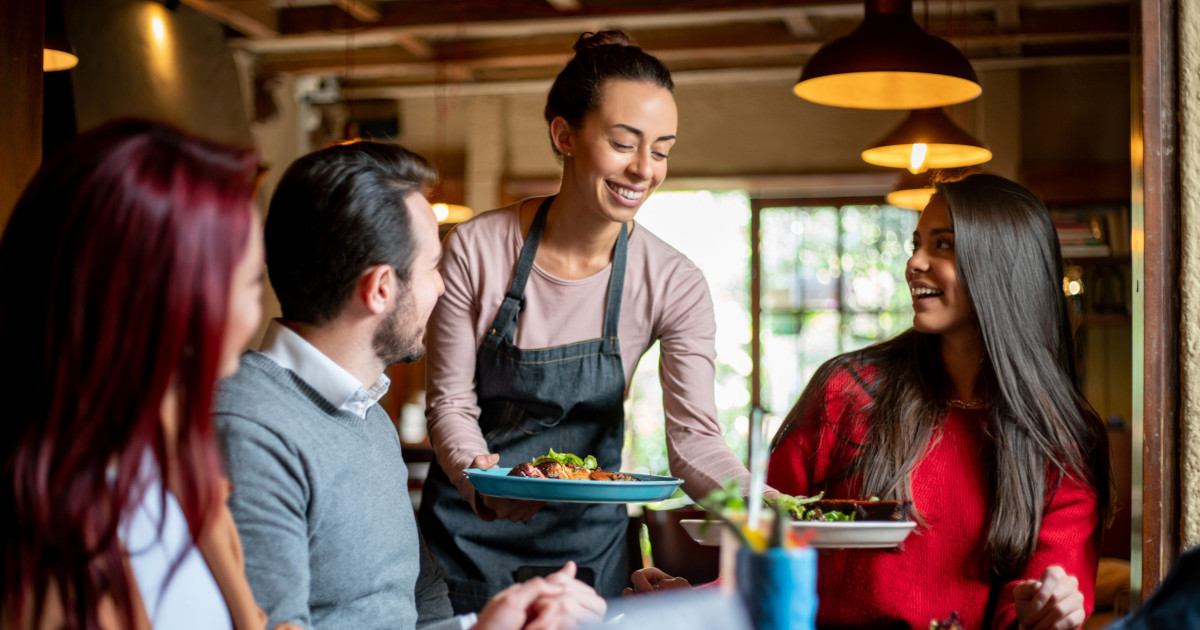 One of the best ways to generate alpha is to uncover early-stage growth stories, and the best place to find these names is in the new IPO list.

However, given that IPOs see a lot of excitement when they begin trading and debut at lofty valuations, I prefer to place these names on a watchlist for a year and take a closer look once the dust has settled and lock-up expiry has passed.

If I still like them, it makes sense to dig into them deeper.

Last year, we saw several new names go public in the restaurant space. While one remains relatively expensive despite its exceptional growth rates, another is beginning to look more reasonably valued and sits more than 45% off its IPO highs.

This company is unique in that it saw positive traffic growth for much of the year while industry traffic waned, and despite a tough Q4, same-restaurant traffic was only down marginally vs. mid-single-digit to high single-digit declines for its peer group.

A Solid Bet At Current Levels

The company’s focus is breakfast, brunch, and lunch, and its differentiator vs. the many breakfast restaurants out there is its focus on fresh ingredients, unique menu items, specialty drinks, and signature alcoholic beverages.

Not surprisingly, this fresh menu has been a hit with guests.

Still, the company couldn’t have had its IPO debut at a worse time, debuting in September 2021 in a period of high inflation and peak traffic for restaurants as consumers were on the eve of being squeezed by rising grocery, rent/mortgage, and gas prices.

Unfortunately, this resulted in the stock plummeting from a market cap of $1.5 billion to just $850 million despite very solid execution.

This includes multiple consecutive quarters of positive traffic growth against declining traffic industry-wide. For those unfamiliar, this is a major divergence from its peer group.

In fact, those that follow the industry might have seen many companies consistently posting same-store sales growth.

Still, this figure was deceiving when menu prices were up more than 7% year-over-year, offsetting the impact of negative traffic.

However, First Watch’s 3.7% traffic growth in Q3 was very commendable, as was the company’s multiple quarters of double-digit same-store sales growth.

The company attributed this to its value offering vs. dining out for dinner, its continued menu innovation, some guests trading up into premium dishes, and its rollout of signature alcoholic beverages, which boosted average unit volumes.

While the performance in FY2022 was solid, the medium- and long-term outlook should excite investors.

The company noted its strong finish to 2022 despite headwinds from Hurricane Ian.

This means that investors might be buying a company reporting ~$700 million in annual revenue today, but it could be delivering $1.8 billion in revenue by the end of the decade.

This mix of increased scale and higher revenue/earnings should translate to an expansion in its multiple, ultimately pointing to this potentially being a $50+ stock long-term.

First Watch may look expensive at first glance, given that it trades at ~32x FY2024 earnings estimates, which is not cheap by any means compared to other restaurant names in the casual dining space.

However, high-growth concepts with double-digit unit growth (growing their restaurant count by over 10% each year) always trade at a premium, and the stock trades at a very reasonable valuation compared to Dutch Bros at ~90x FY2024 earnings estimates.

Comparing a stock to another overvalued stock and deeming it undervalued is not much of an investment case.

Still, I believe First Watch is reasonably valued at $14.30, and its valuation is not out of line with where other high-growth concepts traded in their high-growth phases.

So, if this were a low-growth stock with poor execution, I could see being cautious of the valuation.

However, First Watch is executing flawlessly, it has considerable whitespace, and it has a competitive advantage (staff prefers its hours vs. those of other casual dining restaurants for work-life balance).

A cursory look at First Watch’s technical picture might suggest an unfavorable setup, with the stock sitting beneath its 50-day and 200-day moving averages.

With a strong Q4 report on deck and strong February seasonality for the general markets, I would not be surprised to see the stock head north of $16.00 per share over the next two months, translating to a 12% plus gain from its current levels.

Longer-term, I see much more upside to this story for patient investors.

High-growth restaurant concepts with proven models often command premium valuations, given that they tend to go on to double, triple, and even quadruple their store count over the next decade or two.

Two examples are Chipotle Mexican Grill (CMG) and Wingstop (WING), which regularly traded at ~23x and ~45x cash flow in their high-growth phases.

To be conservative and given that First Watch is primarily an operator vs. a franchisor like Wingstop, I believe the more relevant comparison is Chipotle, and I think a 25% discount to its historical multiple makes sense to adjust for the tougher economic environment.

This points to a 68% upside to fair value, which is a very attractive upside case and currently makes First Watch one of the most undervalued names in the restaurant sector.

So, if I were looking for growth at reasonable price options in the market with a tilt towards consumer discretionary, I see First Watch as a solid bet at current levels.

Disclosure: I am long FWRG

The above analysis of First Watch Restaurant Group (FWRG) was provided by financial writer Taylor Dart. Taylor Dart is not a Registered Investment Advisor or Financial Planner. This writing is for informational purposes only. It does not constitute an offer to sell, a solicitation to buy, or a recommendation regarding any securities transaction. The information contained in this writing should not be construed as financial or investment advice on any subject matter. Taylor Dart expressly disclaims all liability in respect to actions taken based on any or all of the information on this writing.

Is First Watch Restaurant Group (FWRG) A Buy or Sell?

Based on MarketClub’s technical analysis tools, First Watch Restaurant Group (FWRG) is showing signs of short-term weakness, but still remains in the confines of a long-term uptrend. Keep an eye on FWRG as it may be in the beginning stages of a reversal.

Get an alert when FWRG triggers a new signal and analysis for over 350K markets with a 30-day MarketClub trial.