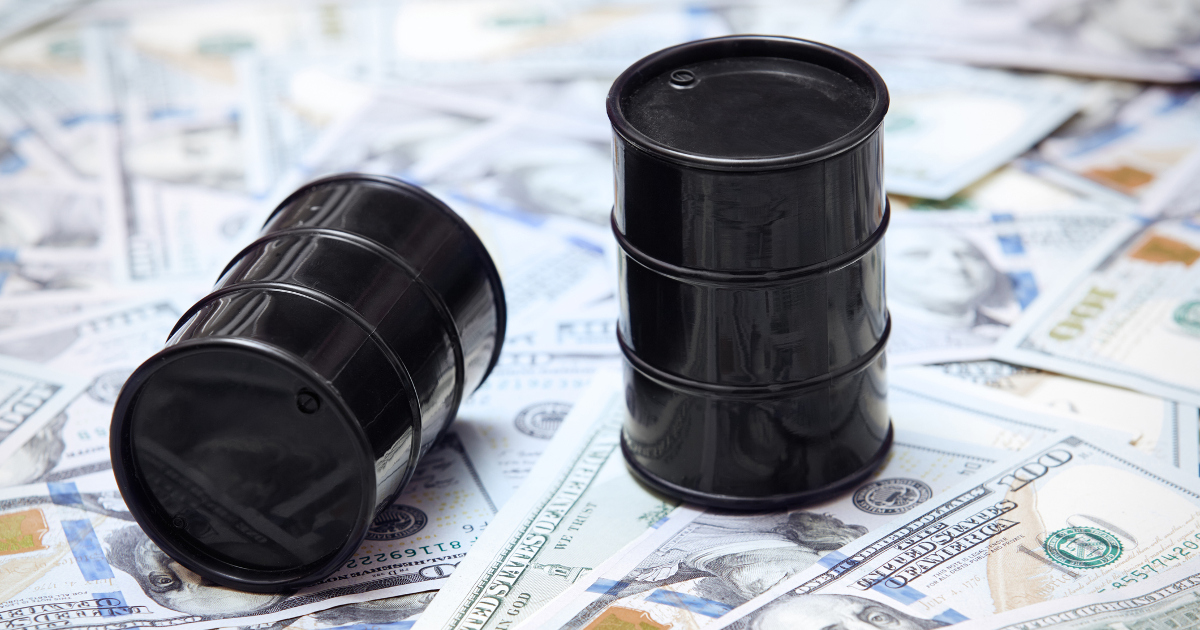 Any experienced investor will tell you that the markets are always in flux. It’s like a dynamic organism with regular patterns of ups, downs, and sideways movements.

In an election year, markets generally see more volatility than usual as Wall Street bets on whether Republicans or Democrats take office. But seasoned investors know that short term fluctuations often leads to mispriced stocks – and that kind of volatility can turn a good deal into a great one.

For one staple in the energy industry, a depressed stock price and political uncertainty could just make it one of the best contrarian value buys right now.

Valero Energy Corporation (VLO) is a $15 billion oil and gas refining company specializing in the manufacturing and marketing of transportation fuels and power. It operates 15 refineries throughout the U.S. and Canada and one in Wales.

The company reported a third-quarter earnings beat of -$1.16 per share instead of the -$1.49 that analysts had expected. Revenues came in less than expected at $15.81 billion. But despite the mixed results, there were positive takeaways, particularly in the company’s renewable diesel fuel sales.

One of the catalysts that tend to get overlooked is the selling pressure due to political uncertainty. Traditionally, oil stock bullishness is often associated with a Republican sweep while a Democrat win is seen as negative for the oil industry. But over the long term, it doesn’t matter which party wins the office. Investors who buy while the stock is oversold could be getting a bargain.

Goldman downgraded VLO in early October from a “neutral” to a “sell” recommendation. They also reduced the price target to $37/share. For contrarian investors, the downgrade makes this stock an even better pick.

At the moment, Valero is posting negative earnings, making traditional ratio analysis useless. However, one ratio stands out – the stock has a book value of $47.23, giving it a price-to-book ratio of less than 1. For investors, this ratio is indicative of a bargain buy.

The stock’s biggest selling point is its jaw-dropping 10.4% dividend yield. The yield gives the stock a strong defense against further drops in the stock price. It also generates income that is comparable to the annual gains in the broader indexes. And despite the company’s current EPS situation, management has expressed that they intend to continue paying out the dividend.

The chart for Valero doesn’t inspire much confidence at first glance. It has a clear downward trend that has developed over the past four and a half months.

However, the last week tells a different story. Valero’s candlestick chart shows a distinctive ‘three white soldiers’ pattern – three up days in a row, each higher than the previous day’s high. 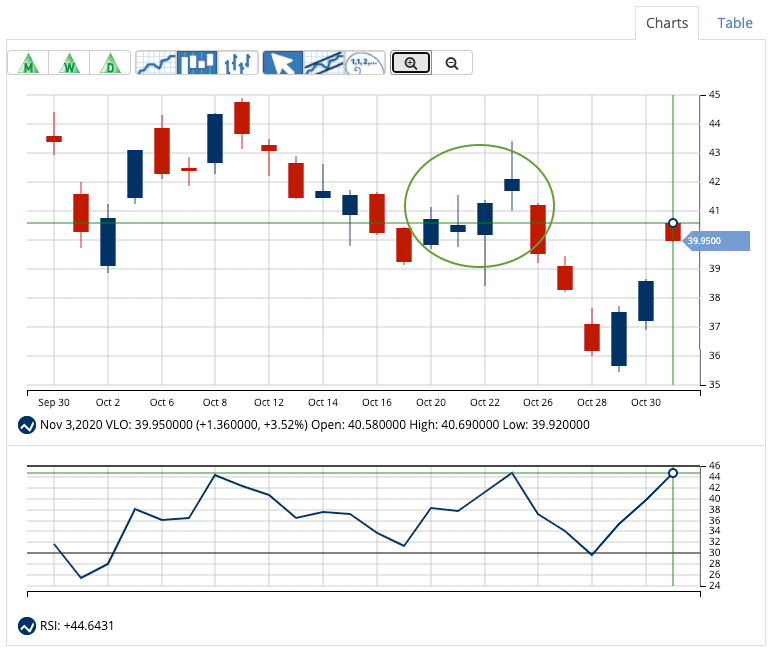 With an RSI on the rise from an oversold value of 30, bullish technical signals are developing.

Based on Valero’s full-year EPS estimates, this stock should be fairly valued at around $60 per share. That’s a whopping 67% higher than its current trade price.

The above analysis of VLO was by Daniel Cross, professional trader and financial writer.

Get A FREE Technical Analysis Report on VLO

One thing is certain, VLO’s price can only move in three directions: up, down, or sideways.

But how do you know when the stock begins to build momentum and move in one direction or another? When is the time to ride an established trend and when is it time to wait patiently on the sidelines?

Our free Trend Analysis Report will analyze VLO or any other U.S. or Canadian stock to detect changes in trend and momentum.

Let MarketClub send a neat and tidy report right to your inbox at no cost.