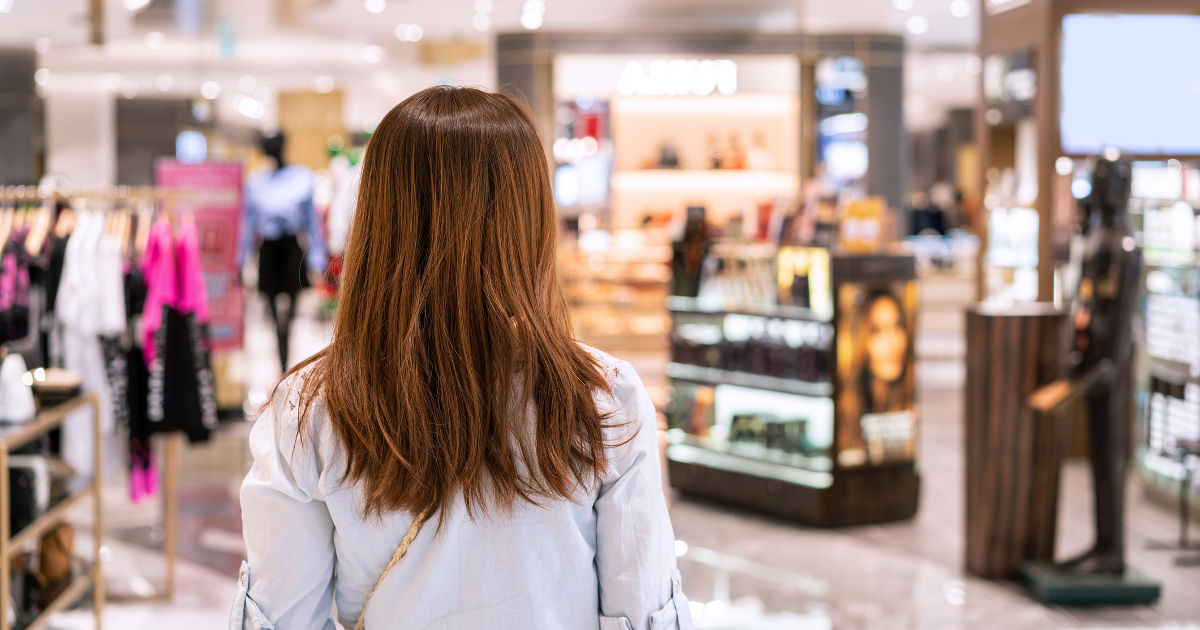 One of the many lasting effects of COVID-19 is the lackluster retail expectations for this holiday season.

The phrase “retail apocalypse” has been bandied about lately. As a result, retail stocks have been out of favor on Wall Street. But savvy investors know that an out-of-favor sector is often the place to look for prime value targets.

For one retailer, low expectations could translate into an undervalued stock and big profits for investors.

Kohl’s Corporation (KSS) is a $5.3 billion department store and the largest retail chain (as of 2013) in the United States. It operates more than 1,158 stores in every U.S. state except Hawaii. Kohl’s is also one of the largest retailers by revenue.

The company surpassed third-quarter EPS expectations at $0.01 per share compared to the -$0.43 per share loss that analysts expected. The quarter’s net sales fell 13.3% but improved from the last quarter’s drop of 22.9%. Analysts believed that COVID would lead to low numbers. However, one of the biggest positive takeaways is digital revenue growth, which jumped to 32% of Kohl’s total revenue.

According to data from Sensormatic Solutions, in-person Black Friday sales have been on the decline, down 52.1% year-over-year. As a result, analysts set low performance expectations for brick-and-mortar storefronts like Kohl’s.

However, thanks to Kohl’s commitment to its digital platform, the company is becoming less reliant on foot traffic to drive sales. With its focus on e-commerce, Kohl’s is becoming more of an online shopping play – something that hasn’t translated into its deeply discounted stock price.

Gordon Haskett upgraded the stock in November from “reduce” to “hold” and gave a $28 price target. Analyst rating changes generally lag stock performance, which could indicate more improved outlooks from other analysts in the next few months.

With the forward P/E at around 14, it is projected to trade at a much cheaper price than the apparel retailers industry average of 26 times projected earnings. Additionally, the stock currently trades close to its book value price of $31.41 per share. This is a strong sign that the stock is undervalued.

At first glance, Kohl’s chart shows some encouraging signs. For months, KSS traded between $19 and $24 per share. However, the stock recently broke out of that pattern, now trading at more than $32 per share.

The recent upward path is accompanied by a cross-over of the 20-day SMA above the 50-day and 200-day SMAs. This cross indicates bullish momentum.

Based on Kohl’s full-year EPS estimates, this stock should be fairly valued at around $40 per share – a gain of around 24% from its current trading price. Value investors and contrarians won’t want to pass up this under-appreciated stock at this low share price.

The above analysis of KSS was provided by Daniel Cross, professional trader and financial writer.

The trend looks strong and steady for Kohl’s according to MarketClub’s Chart Analysis Score and Trade Triangle signals.

With a Chart Analysis Score of +100, the short, intermediate, and long-term trends are pointing to a continued bullish move. 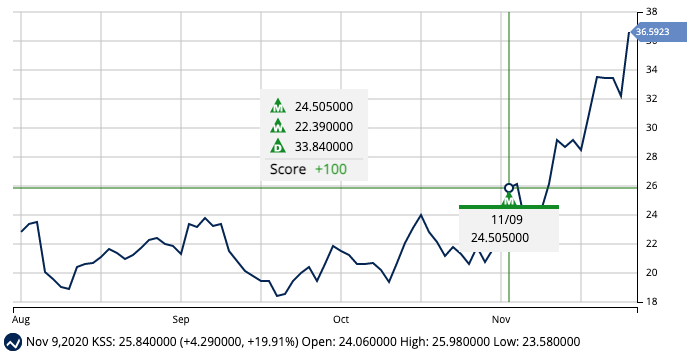 KSS is up more than 49% since the last monthly Trade Triangle that triggered on 11/9/20. Despite the already impressive move, it looks like Kohl’s has more room to run.

Use the Smart Scan tool in MarketClub to see an up-to-the-minute list of new Trade Triangles issued today.